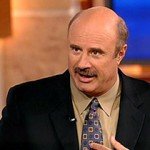 Is Dr. Phil a doctor, or just a larger than life television personality? Dr Phil is the name of a long-running reality and talk show hosted by none other than Dr. Philip McGraw. The Dr Phil show was created by Oprah Winfrey following the appearance of Dr. Phil in a series of successful guest slots on her own talk show and it is currently syndicated throughout the United States and the rest of the world.

Dr. Phil is well known for his spin-off business enterprises that include a variety of television programs produced on the back of the success and celebrity status he enjoys with the Dr Phil show. He is also the author of a series of self-help books and was a short-lived promoter of diet and weight loss products.

Is Dr Phil a doctor?

Although Dr. Phil is no longer a licensed psychologist, he obtained a master’s degree in experimental psychology from Midwestern State University in 1976 and a Ph. D in clinical psychology from the University of North Texas in 1970. Before he found fame and fortune, Dr. Phil spent several years practicing psychology with his father, Dr. Joe McGraw, in a private psychology practice in Wichita Falls, Texas.

In 1983, Dr. Phil and his father joined forces with a Texas businesswoman, Thelma Box, to deliver experience based training in the form of seminars. He was later criticised for lifting much of the material for his first bestseller, Life Strategies, from the text of the successful “Pathways” seminars, although he never attributed any of his subsequent success to Thelma Box.

By 1990, Dr. Phil had moved into another area of expertise and joined lawyer, Gary Dobbs, in a trial consultancy firm called Courtroom Sciences Inc. The company served as a fortuitous meeting platform between Dr Phil and Oprah Winfrey after Oprah hired the services of CSI. Today CSI is a very successful enterprise, although Dr. Phil is no longer affiliated to it.

Following a guest slot on Oprah Winfrey’s show in 1998, Dr. Phil proved to be a real hit with the viewers and Oprah gave him a regular weekly slot as a Relationship and Life Strategy Expert. With the aid of his background as a clinical psychologist, Dr. Phil gave advice to people of all ages and from all walks of life.

By 2002, Dr. Phil had branched out and started his own show: Dr Phil. Using the format of a reality talk / advice show, a vast array of topics were covered in the weekly shows ranging from unhappily married couples, rebellious teens and dysfunctional families, to weight loss issues and pretty much everything the show’s producers could think of that might attract great ratings.

Unlike some of the more recent advice and talk shows given airtime on television, Dr. Phil’s shows were generally fairly serious in tone and managed to stay away from much of the trashy scenes that occurred all too often on the likes of the Jerry Springer show and similar. Guests were often invited back for follow-up advice in a spin-off show entitled Dr Phil Family. Other spin off programs later aired, but these never quite achieved the success of the Dr. Phil talk show.