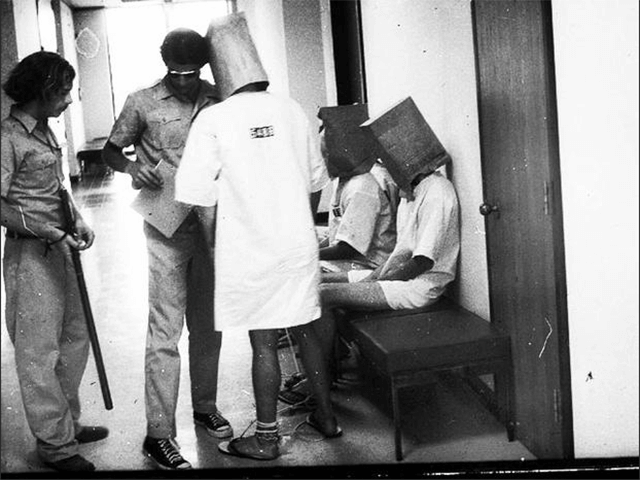 The Stanford Prison Experiment was conducted by Professor Philip Zimbardo at Stanford University in 1971 and was designed to explore the psychological impact of the prison environment on prisoners and prison guards.

Although Zimbardo intended the experiment to last two weeks, it was abruptly halted after only six days due to the increasingly disturbing behavioral traits being exhibited by the “prisoners” and “prison guards”.

At the time, the Stanford Prison Experiment caused a great deal of controversy and was heavily criticized, but what are the Zimbardo prison experiment ethical issues and was criticism of the experiment justified?

One of the biggest criticisms of the Stanford Prison Experiment is the length of time it took Zimbardo to halt the experiment, despite overwhelming evidence showing that even by the second day conditions inside the replica prison had begun to seriously unravel.

But despite overwhelming evidence pointing to the immorality of the experiment, it was not until Zimbardo’s girlfriend of the time, graduate student Christine Maslach, expressed concerns about the conditions inside the prison that the experiment was aborted.

Not surprisingly, many critics believe that Zimbardo should have halted his experiment as soon as the first physical altercation between a prison guard and prisoner took place.

What are the Zimbardo Prison Experiment Ethical Issues and Would the Same Experiment be Allowed to Take Place Today?

Right from the start of the Stanford Prison Experiment there were ethical issues at stake. The participants were not given all the facts about what exactly they were signing and consent forms were not properly completed.

Although the participants were informed they would be taking part in a mock prison experiment, it would have come as a complete shock to be arrested at home and strip searched upon entry into the prison — and strip searching without consent is a complete violation of rights.

If modern guidelines were followed, the Stanford Prison Experiment would never have been allowed to take place as it would constitute a serious breach of ethics in accordance with the guidelines of the American Psychological Association, not least because of the fact Zimbardo and his fellow researchers failed to respect the rights of their participants by failing to tell them exactly what they were getting themselves into.

Better safeguards should have been put in place to protect the participants from potential risks. Neutral observers should also have been present at all times to prevent the experiment from getting out of hand—as it so clearly did do.

However, despite the storm of criticism faced by Zimbardo in the wake of his controversial prison experiment, some of the lessons learned were later applied to real life prison situations.