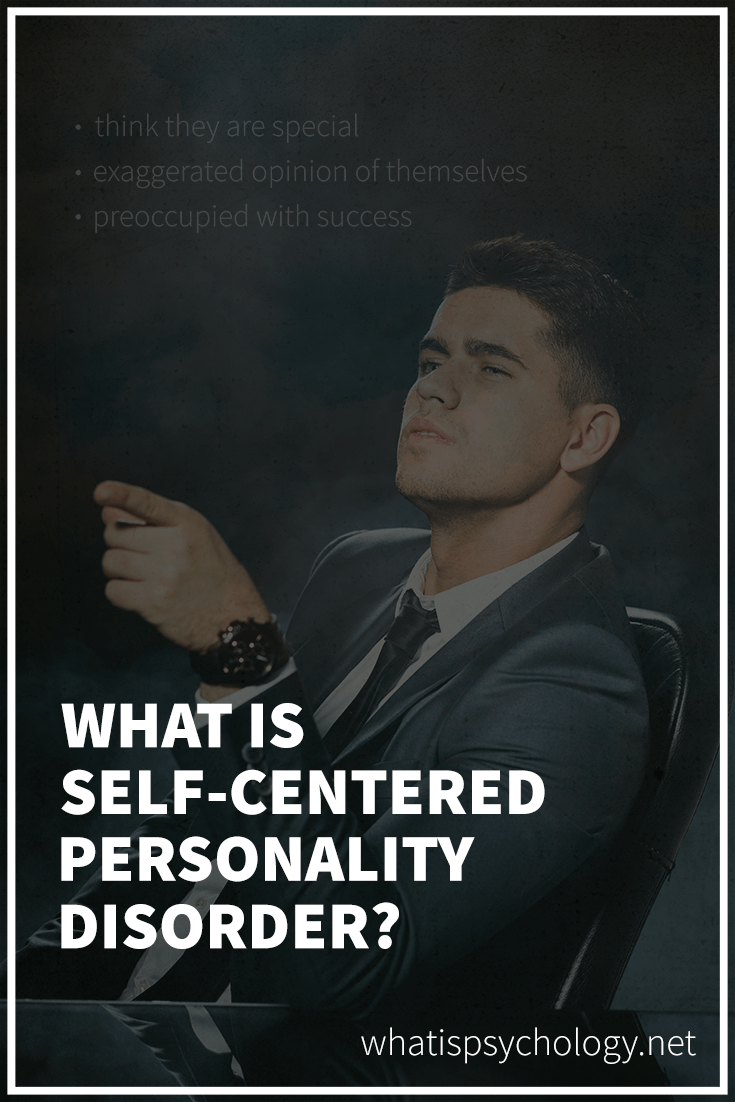 Patients exhibiting classic traits of narcissistic personality disorder usually have problems forming relationships with others and the disorder can affect many different areas of their life, including work and family.

What causes self centered personality disorder?

The exact cause of the disorder is unknown, but certain childhood experiences are thought to contribute to the problem.

These include a lack of adequate parenting, over indulgence from the parent coupled with excessive praise, plus unrealistic feedback for achievements.

What is self centered personality disorder and what are the symptoms?

Other people will view a person suffering from narcissistic personality disorder as conceited and arrogant as well as unbearably self centered, which unsurprisingly causes problems in interpersonal relationships.

Of course it would probably be fair to say that this description applies to 99.9% of all teenagers, but thankfully for parents, such narcissistic tendencies are usually temporary and most teenagers do not have self centered personality disorder!

An exaggerated view of their own capabilities and skills.

Patients often boast about their supposed achievements, not all of which will be true.

This trait is often seen in conjunction with a constant need for attention and praise, hence the boasting is part of the innate need to be center of attention and viewed as somebody worth looking up to, or somebody whom others are envious of.

Narcissistic personality disorder patients are also quite likely to be envious of others.

A belief that the patient is “special” in some way.

People with narcissistic personality disorder will often be perceived as very arrogant as they will only associate with people they feel to be of a similar standing or status. They are also likely to expect special treatment and often have an exaggerated sense of entitlement.

A preoccupation with success or power

This combined with constant fantasizing about how they will be able to attain such things is a common trait seen in patients with self centered personality disorder.

Such patients are often obsessed with acquiring the trappings of a successful lifestyle.

People with narcissistic personality disorder crave approval and constant praise in order to buoy their self-esteem and they are usually hyper sensitive to criticism from others. When criticism does occur, such a person will see it as a personal attack rather than constructive in any way.