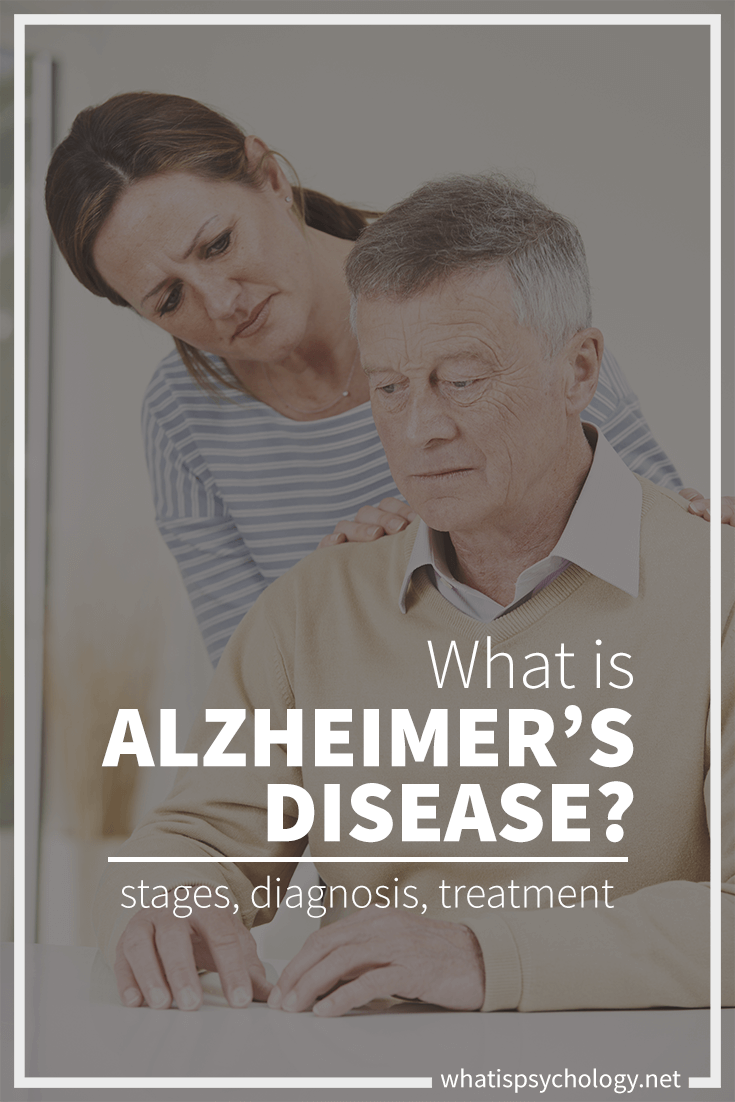 Alzheimer’s disease is a progressive form of dementia, which is a decline in mental capability that gets worse over time. The disease has three stages, with the final stage being the most severe and life-altering.

As a BetterHelp affiliate, we may receive compensation if you purchase products or services through the links provided. This is done at no additional cost to you, and supports our work.

Find the right therapist for you

The exact cause of Alzheimer’s disease is unknown. Doctors cannot cure Alzheimer’s or slow its progression, but they can prescribe medication or recommend treatments for symptoms of the disease.

For example, they can’t recall the name of someone they just met. When reading a book, they might notice that they can no longer remember what they just read. They may also forget where they placed their car keys. They might have trouble finding the right words to express what they’re trying to say.

Many people do not recognize the early symptoms of Alzheimer’s because they might attribute forgetfulness to stress or old age. They might believe that only elderly people get Alzheimer’s. However, even people as young as 30 can experience the early signs of the disease.

People are more likely to notice the symptoms of middle stage Alzheimer’s (also known as Moderate Alzheimer’s). It might seem like suddenly a person can’t remember details about his own life.

For example, a daughter might notice that her father can no longer remember the old stories he used to tell about his childhood. He might forget significant information about his past, such as anniversaries that used to mean a lot to him.

People with middle stage Alzheimer’s may also get lost easily or begin to wander. Many people find out that their parent is showing signs of Alzheimer’s when a neighbor reports their mother wandering around the wrong block or trying to enter the wrong house.

Finally, people with middle stage Alzheimer’s may experience changes to their personalities. A grandfather who was once happy to see his grandchildren may suddenly not like kids and get crabby with them. Middle stage Alzheimer’s is the longest lasting stage and may go on for several years before the person reaches the most severe stage.

Late stage Alzheimer’s (also known as Severe Alzheimer’s) is the most serious and devastating progression of the disease. People with severe Alzheimer’s lose the ability to care for themselves and require a full-time caregiver to make sure they do not wander outside into a dangerous situation or injure themselves at home.

Sufferers of the final stage of Alzheimer’s might not be able to make it to the bathroom, walk around the way they used to, or verbally communicate in a way others can understand.

At this point, the patient will not always recognize his own family members and may believe that his caregivers are trying to harm him. Because people in this stage of the disease can fade in and out of coherence, they may have lucid moments in which they seem fine. A moment later, they may no longer be aware of their surroundings and become aggressive.

How is the Diagnosis of Alzheimer’s Disease Made?

Alzheimer’s disease requires a diagnosis from a medical professional. Most people who experience an occasional bout of forgetfulness do not have Alzheimer’s, but it is best to discuss any concerning symptoms with a doctor as early as possible.

A doctor will need to get a thorough medical history, conduct neurological exams to evaluate the patient’s mental status, and run physical tests like blood work and brain image scans to rule out other possibilities. Thyroid problems, drug interactions, and other treatable problems are often mistaken for Alzheimer’s symptoms.

Early Alzheimer’s disease is genetic. It is important to tell the doctor if your parents or anyone else in the family has been diagnosed.

What are the Alzheimer’s Treatment Options?

Since there is no cure for Alzheimer’s disease, doctors treat the symptoms as best as possible to improve a patient’s quality of life. Doctors can prescribe medications that help reduce memory loss or recommend therapies for behavioral changes.

Doctors may also recommend therapies or medications for depression, anxiety, irritability, aggression, or delusions if the patient is experiencing these Alzheimer’s symptoms.

Contrary to popular belief, doctors cannot prescribe a pill that slows the progression of the disease as none is currently available.

People should be cautious to not believe the myths about Alzheimer’s disease. Some people believe that Alzheimer’s is a normal part of aging, and that all elderly people eventually end up with dementia.

While some memory loss is a normal part of aging, Alzheimer’s symptoms are not normal and should be checked out by a doctor.

Finally, avoid believing the myth that certain foods, flu shots, or aluminum cause dementia. Aside from genetics, the cause of Alzheimer’s disease is unknown but has been proven not to be related to food, vaccines, or metal.